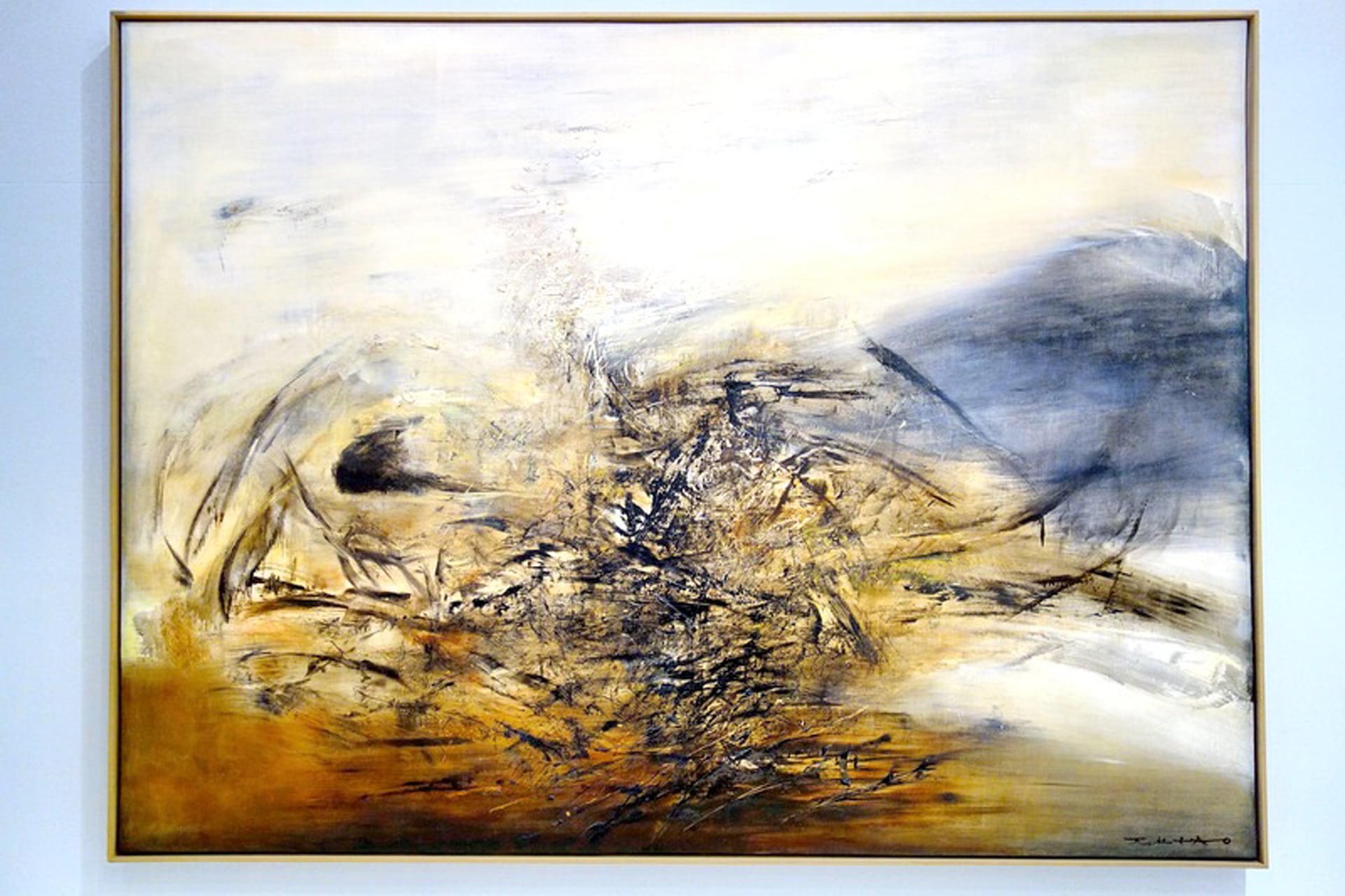 At the Museum of Modern Art, the abstract canvasses of Zao Wou-Ki (1920-2013) fill the space with their effervescent presence. The exhibition shines a spotlight on 40 large-scale paintings and inks dating back to the mid-1950s, from an artist who worked across multiple horizons and in France and the US, after leaving China in 1948.
Standing in front of these giant canvasses, you feel caught up in a ferocious energy out of which appears the violence of the artistic gesture. Here, paint explodes, overflows and sometimes seems tempted to escape the frame. It’s as if it has a life of its own, a wind, breath that shouts loud the necessity of movement. There is something lyrical in the frankness of these works, frequently saturated and thick with paint, less often fluid and calm.

Link to the press release: A nous Paris, September 2018