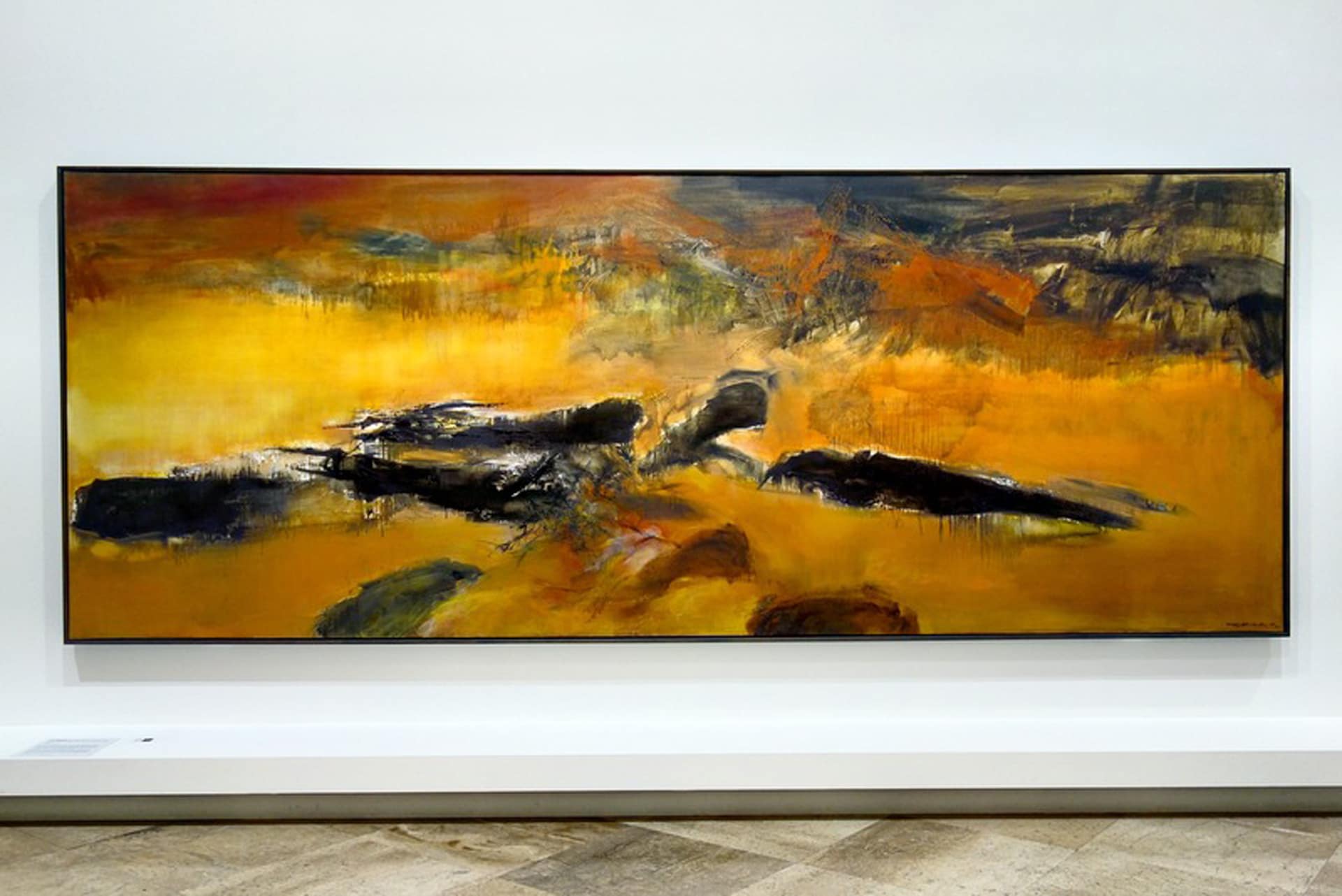 Fifteen years after the Zao Wou-Ki (1920-2013) retrospective at the Jeu de Paume, the Museum of Modern Art of the City of Paris is showing an exhibition that brings together over 40 large-scale works, as well of a set of inks from 2006 that have never been seen before in public. ‘‘The exhibition is designed to renew our reading of this artist, as an invitation to reflection around large-scale work.’‘ In 2015-2016, the Gianadda Foundation in Martigny, had shown a bigger retrospective that included some figurative work, amongst the first the painter had made, which were intentionally side-stepped by the Paris museum. The selection, tight for an artist of Zao Wou-Ki’s importance, can undoubtedly be explained by lack of space, as the Museum is currently undergoing renovation works. Visitors can nevertheless see several important works, already exhibited in Switzerland, in four rooms bathed in sunlight.