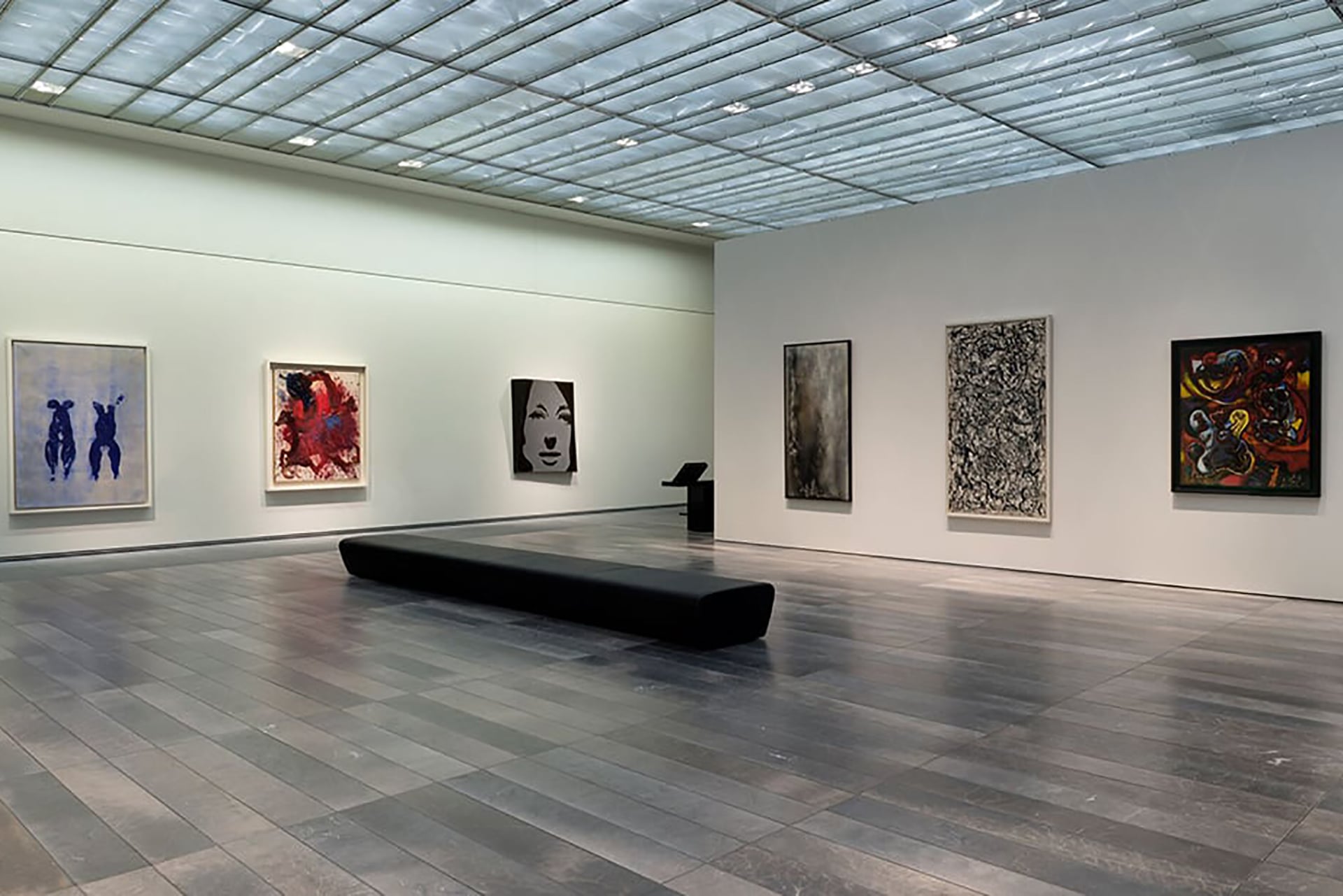 On November 11th 2017, the Abu Dhabi Louvre Museum, conceived by French architect Jean Nouvel, has officially been inaugurated, after several years of constructions. This first universal museum of the Arab world displays its own collections and exceptional loans coming from French national collections. Several prestigious museums – the Louvre museum, the Centre Pompidou, the Musée d’Orsay, the Bibliothèque nationale de France, the Musée du Quai Branly, the Castle of Versailles, the Musée Guimet, the Musée Rodin, the Musée de Cluny, have all made it possible to organize this inaugural exhibition.
This is how the Abu Dhabi Louvre Museum therefore allows to be seen in a same location a statue of Prince Gudea of Lagash (2200 BC), an Egyptian statue of the Pharaoh Ramses II (13th century BC), La Belle Ferronnière by Leonardo DaVinci (1499), La Femme au miroir (Woman with a mirror) by Titian (1515), one of Coronelli’s globes (1697), Bonaparte franchissant les Alpes (Bonaparte crossing the Alps) by Jacques-Louis David (1803), Le Fifre (The Fife) by Edouard Manet (1866), an Autoportrait (Self-portrait) by Vincent van Gogh (1887), Portrait d’une femme (Portait of a woman) by Pablo Picasso (1928), La Nature morte au Magnolia (Still life with Magnolia) by Henri Matisse (1941), Femme debout II (Standing Woman II) by Alberto Giacometti (1960), Big Electric Chair by Andy Warhol (1968).
The Centre Pompidou has also lent Vent (Wind) by Zao Wou-Ki, created in 1954, considered as his first fully abstract work. The artist said that it was “the first painting that did not tell any story, but only the evocation of the rustle of the leaves, or of the shivering of the surface of the water under the breeze” (Autoportait – Self-portrait, Fayard, 1988, p.117)
Presented side by side with Number 26 A, Black and White painted in 1948 by Jackson Pollock, this painting gives the full measure of Zao Wou-Ki’s belonging to the world of post war Western abstraction, as his originality drawn from his Chinese roots. 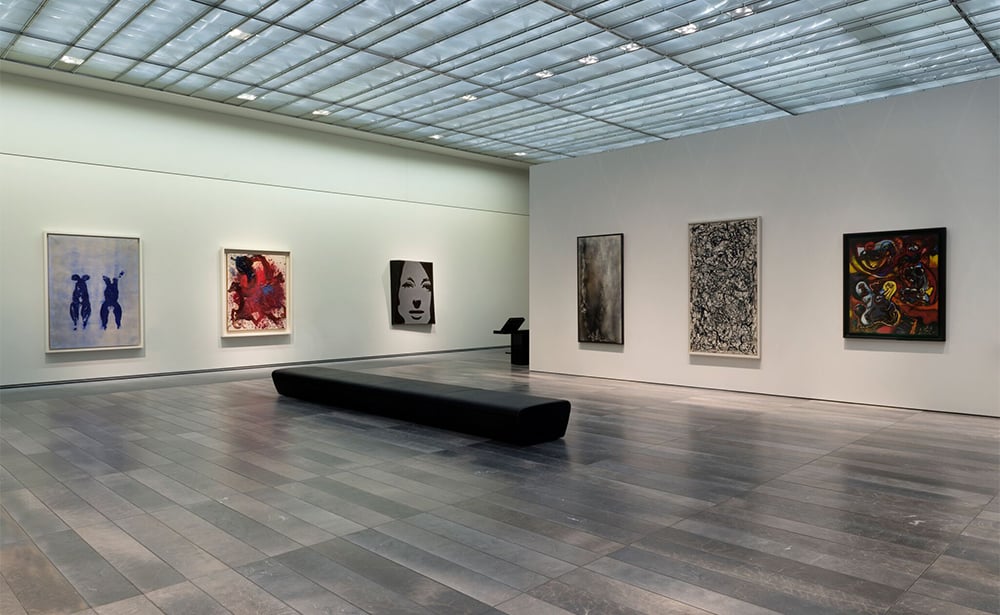 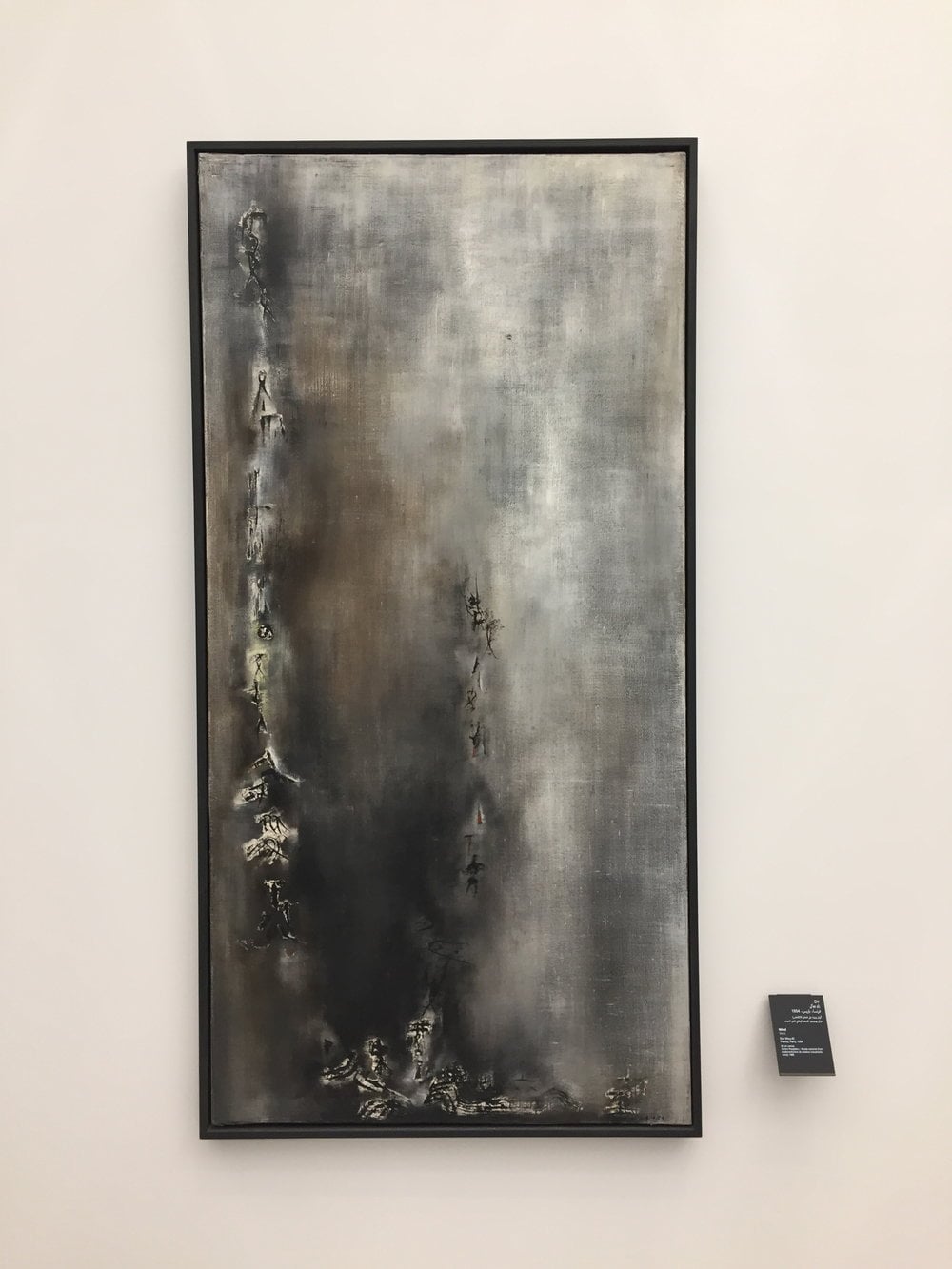 ‘Vent’ (Wind) by Zao Wou-Ki, lent by the Centre Pompidou to the Abu Dhabi Louvre Museum. Photo by E. Clavé 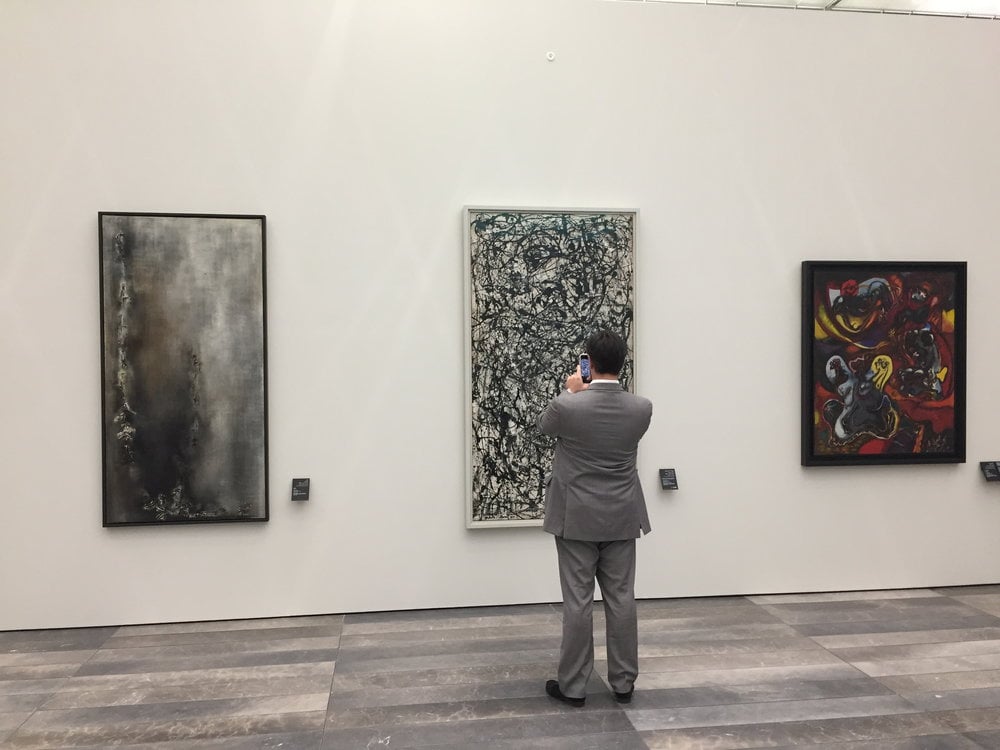