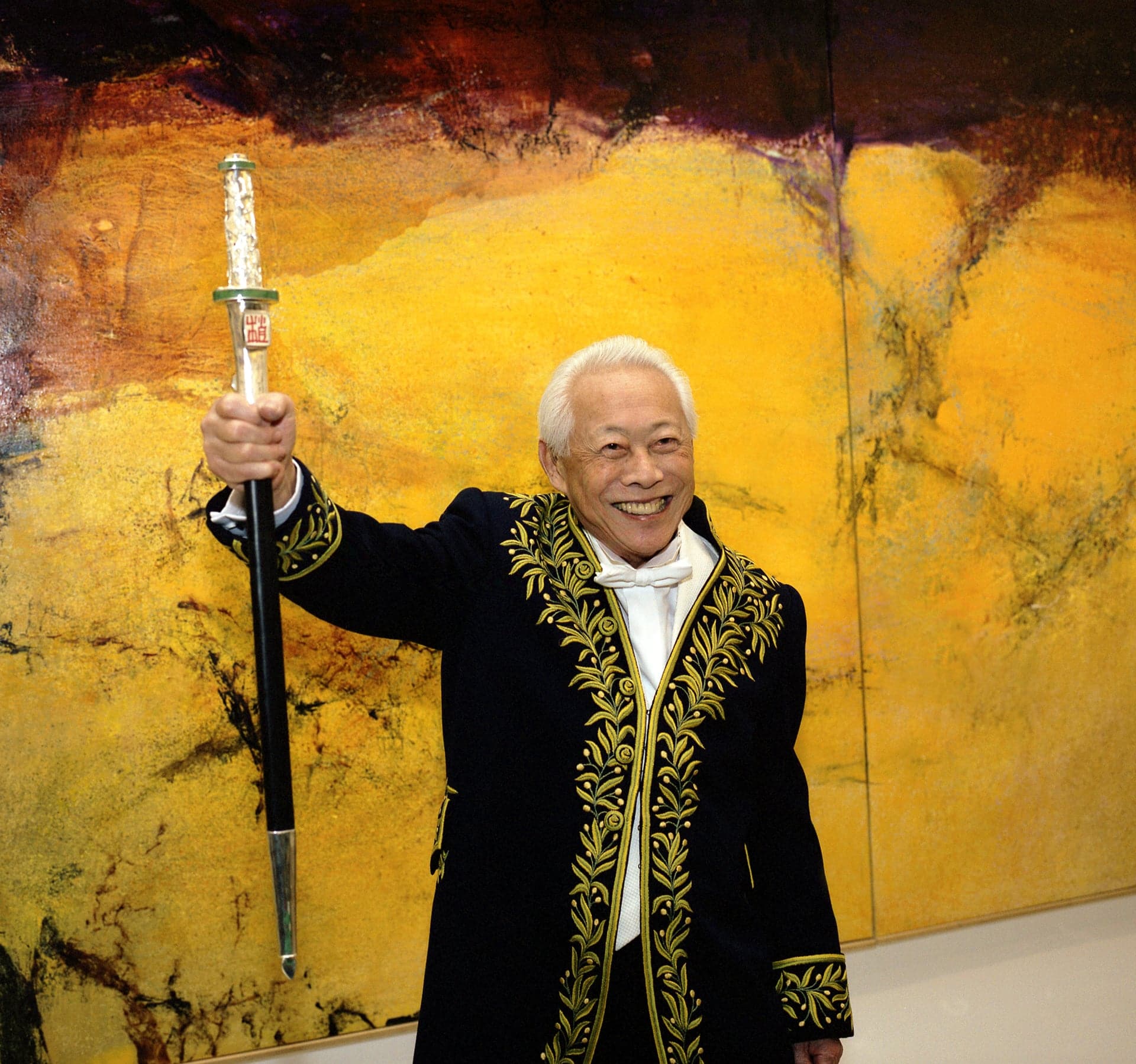 One hundredth anniversary of the birth of Zao Wou-Ki

In February 2020, Zao Wou-Ki would have been a hundred years old.
He died at the age of 93 on April 9th 2013, he went through the 20th Century and its vicissitudes.
His birth date remains a mystery. According to his mother’s letters and to the Chinese identity card delivered in 1947, he was born in Peking on December 24th 1919 in accordance with the Chinese lunar calendar, which corresponds to February 13th 1920 of the Gregorian calendar. Upon his entry into France in April 1948, the birth day used has been February 1st 1920. As of 1950, this birth date, mentioned in the artist’s first exhibition catalogues, is the one appearing on the French official act of his naturalization in 1964. At the end of the 1950s, it will, for unknown reasons, be changed to February 13th 1921, which will subsequently be alternately used with 1920.
We have chosen to keep the year 1920 recorded on his official documents, be they French or Chinese, and which has been registered in 1948. February 13th for the Chinese administration, February 1st for the French authorities …
February 2020 thus remains the month of the hundredth anniversary of Zao Wou-Ki’s birth and allows us to remember this major figure of the abstract painting of the 20th Century.
Zao Wou-Ki is born in a crisis-riven Republic of China, subject to Western countries interference and to the exactions of war lords in the north of the country. The Academy of Fine Arts in Hangzhou, which Zao Wou-Ki joins in 1935, has to flee from Hangzhou in 1937 in front of the advance of Japanese troops and retreat to Chongqing in Central China. The Japanese presence, the confrontations between the Kuomintang and the Communists led by Mao Zedong make any return impossible before 1946. The following year, Zao Wou-Ki resigns from his professorship and decides to go to Paris for two years. 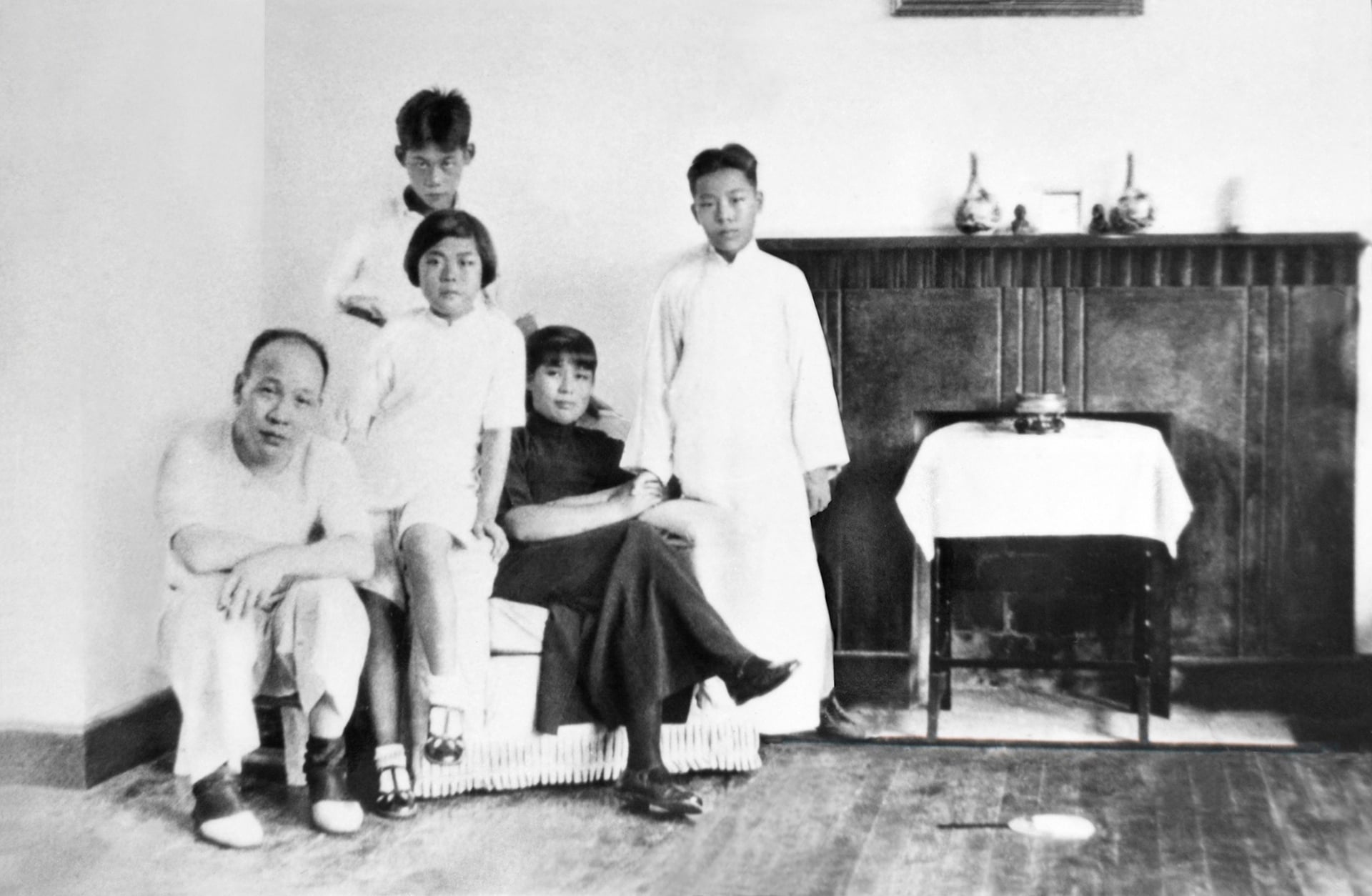 Circa 1935. The Zhao Family in Shanghai. Reserved rights
His arrival in France on April 1st 1948, with his wife Lalan, is the beginning of a new life. The coming to power of Mao Zedong convinces them to permanently settle in France. Zao Wou-Ki is then fully integrated in the cultural and artistic effervescence of post-war Paris and becomes a prominent figure among artists. In 1957, he leaves France and starts a world tour. During the autumn of 1957, he stays at Wu-Wai’s, his brother living in New Jersey. With Pierre and Colette Soulages, he meets with the painters of the School of New York during exhibition openings. He signs a contract with Sam Kootz whose gallery will represent him until its closure in 1966. He accompanies the Soulages to Hawaii and Japan. At the beginning of 1958, he starts living alone in Hong Kong where he will meet his second wife, May. 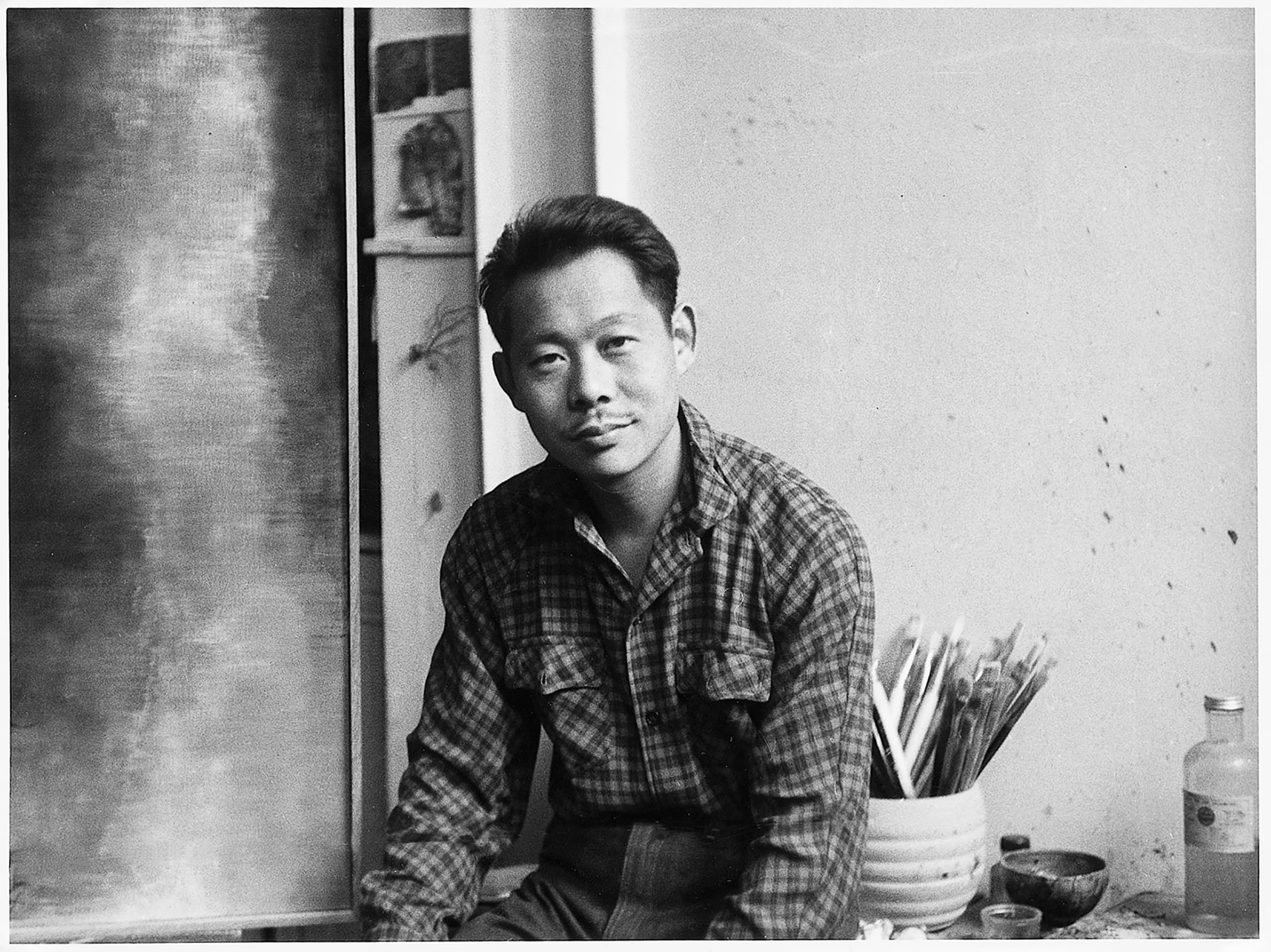 1954. Portrait in the studio in Paris. Reserved rights
At that time, Zao Wou-Ki is at the crossroads of the ancestral traditions of China, of the influence of western art and of American abstract painting. Very few artists of this period have been offered the opportunity to thus merge these three sources of inspiration. The works of the 1960s evidence a freer more gestural abstraction, enhancing the strong influence of American painting. 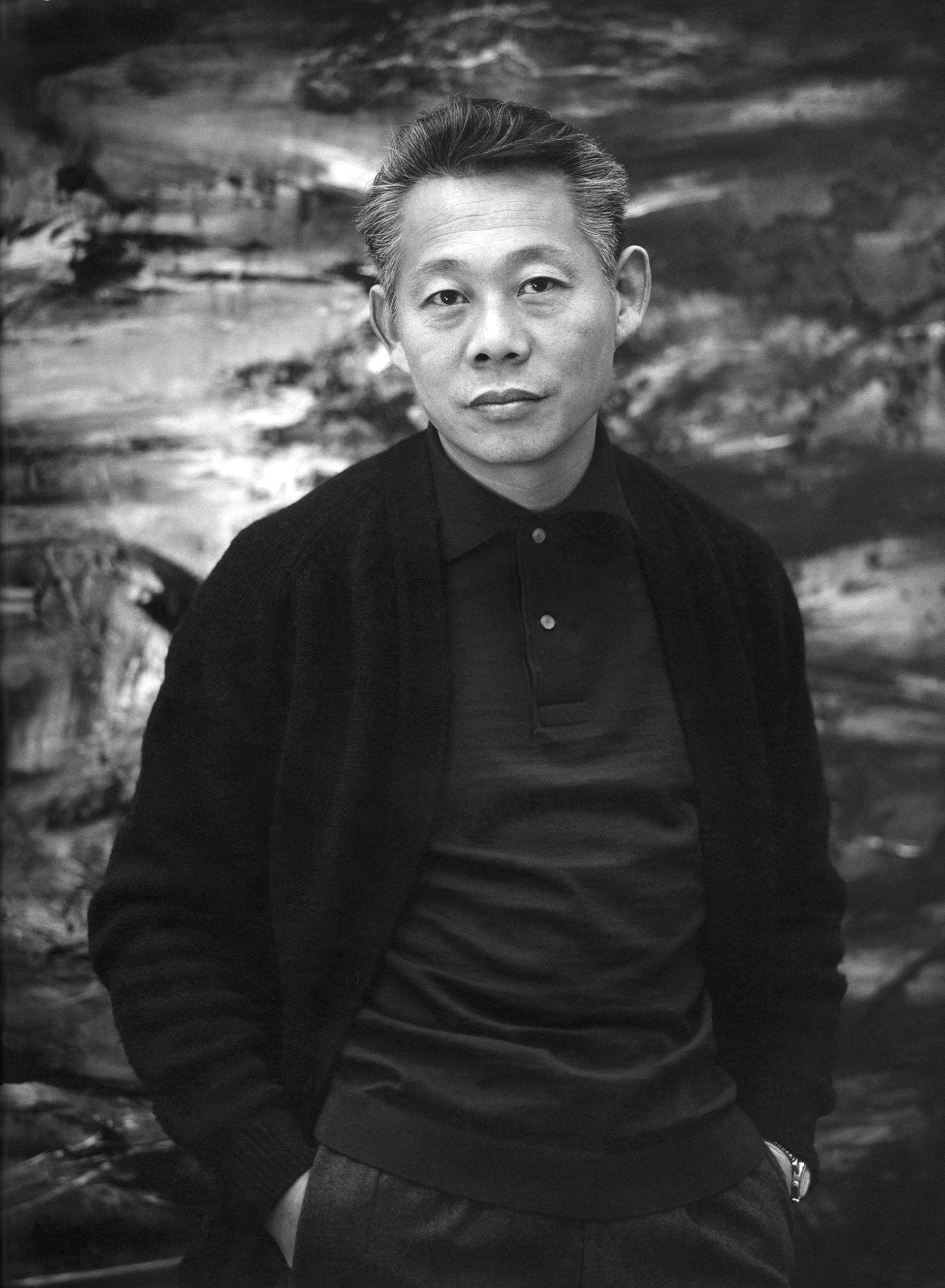 1966. Portrait in the studio in Paris. Photo by Pitz. Reserved rights
In 1972, Zao Wou-Ki is finally allowed to go back to China and join his family. It is when he starts to slowly re-discover his Chinese roots, both by practicing Indian ink in the 1970s and by searching a new space in large format paintings in the 1980s. This freedom explodes during the 1990s and the 2000s when he alternates Western and Chinese influences in a painting bursting with youth and formal researches. 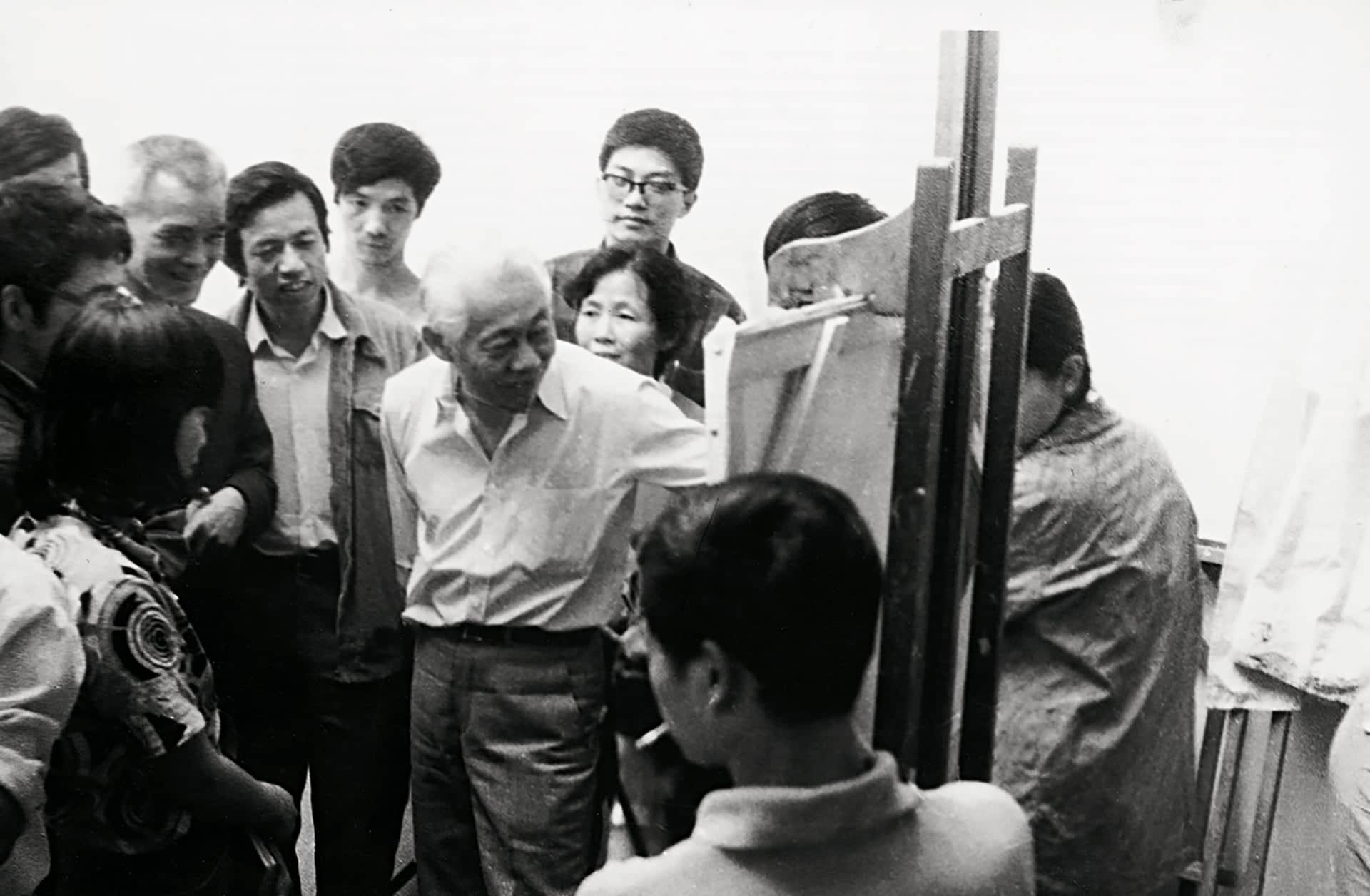 1985. Teaching in Hangzhou at the Fine Arts School. Reserved rights
To celebrate the hundredth anniversary of Zao Wou-Ki’s birth, the Fine Arts School in Hangzhou, where he was both a student and a teacher on the shores of the lake of the West, has been organizing for several months an exhibition scheduled for the end of 2020. The tragic events associated with the coronavirus epidemic might result in a re-scheduling in 2021. Zao Wou-Ki would have been a hundred and finally the most important thing is not the date but the commemoration in his native country of the hundredth anniversary of a great painter. 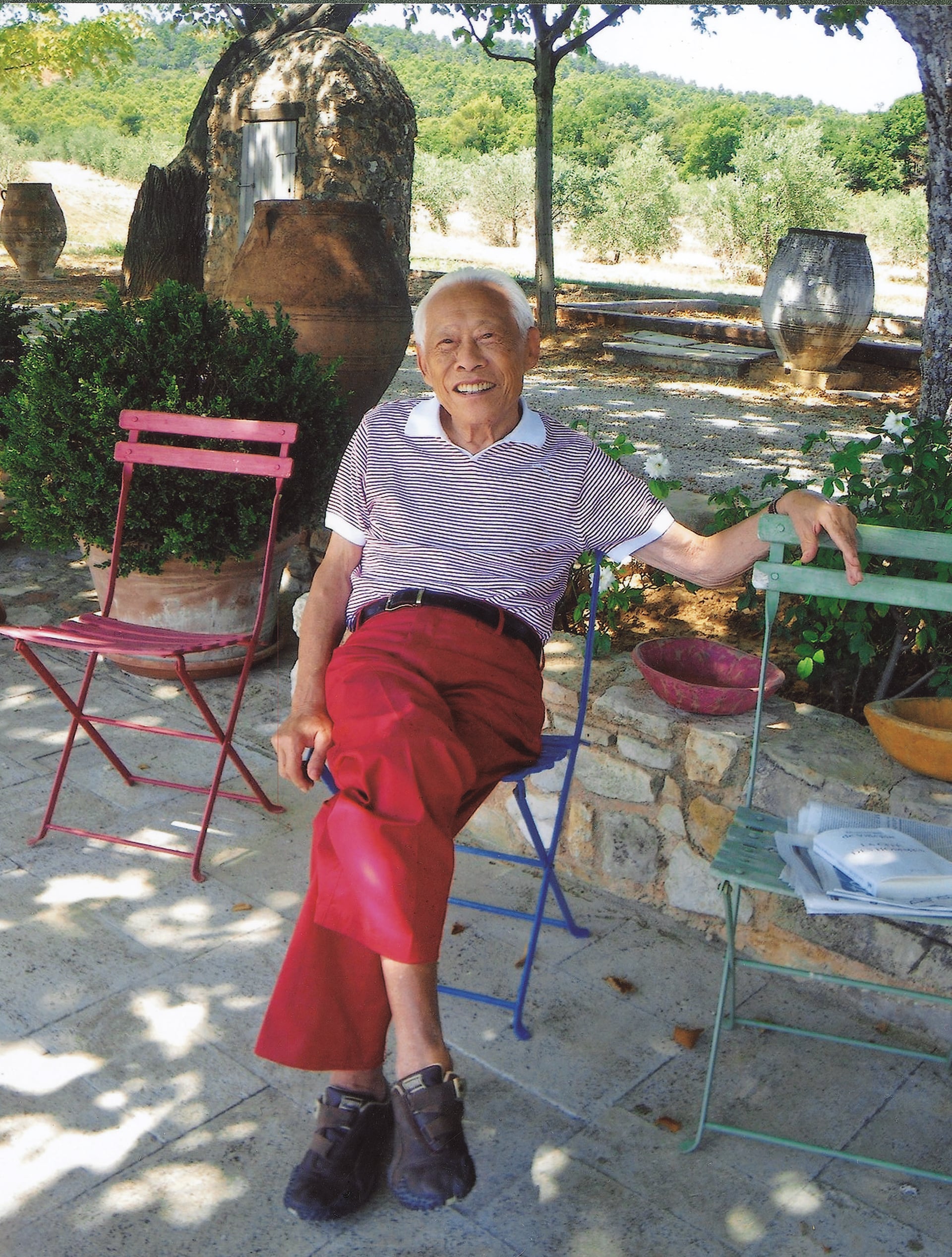