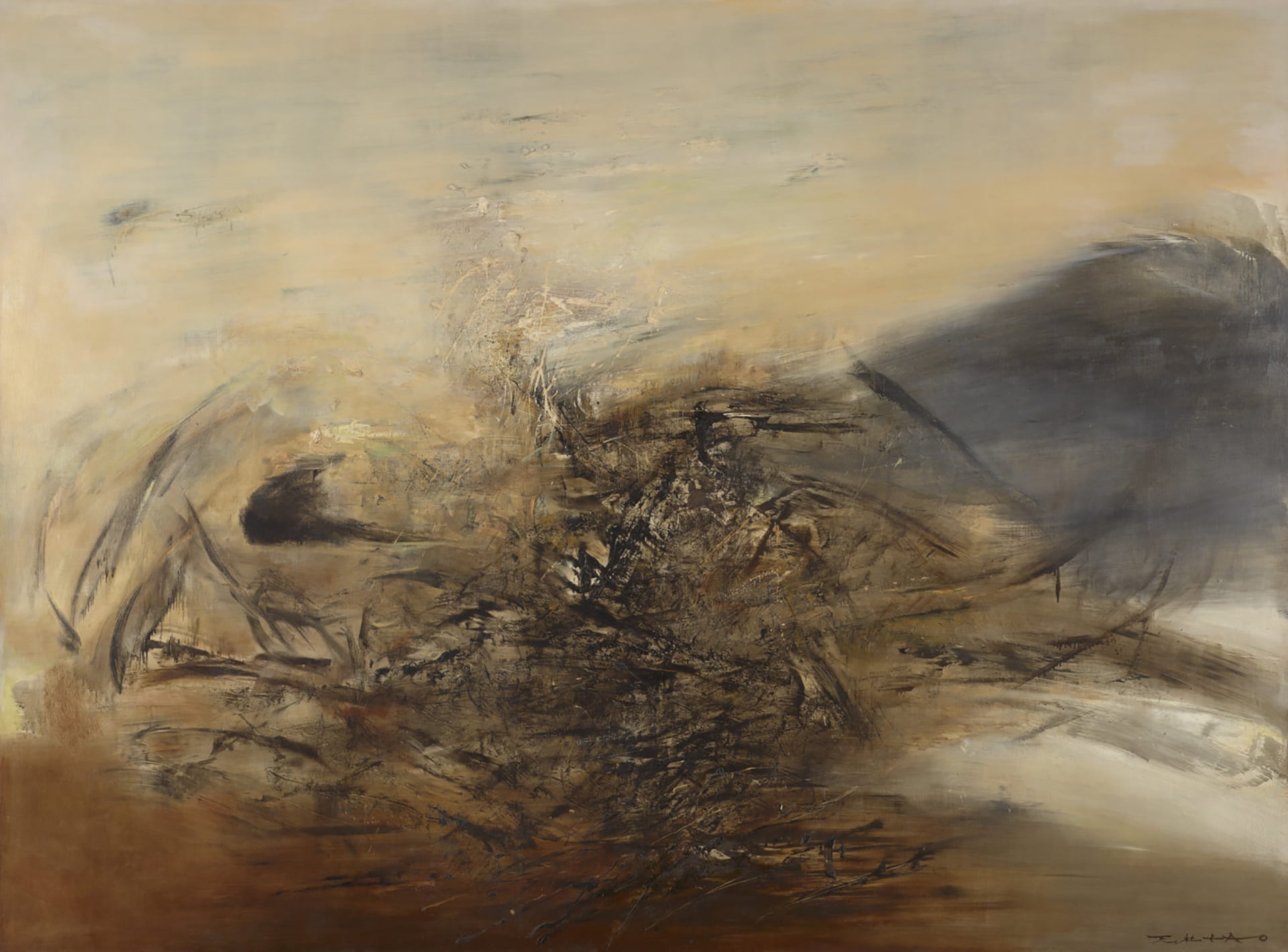 Opened October 5, 2019 in the new creative area of Plateforme 10, the Musée Cantonal des Beaux-Arts de Lausanne is showing a selection of works from its collections in Atlas. Cartographie du don (‘Atlas. The cartography of donation’), highlighting the works that found their way to the museum thanks to the generosity of artists, collectors and institutions.

The large Hommage à Varèse – 15.10.64 by Zao Wou-Ki (255 x 345 cm), given to the museum by his wife Françoise Marquet-Zao in 2015, is now on public show in the permanent collections. Made in 1964, a year before the death of the American composer Edgar Varèse, the painting is a major work of the 1960s, a period during which the Zao Wou-Ki developed a gestural abstraction strongly influenced by the music of the composer and by the American abstract painting that the artist absorbed in the late 1950s, in New York.

Read about Zao Wou-Ki works in the MCBA collections