This donation includes the ‘Hommage à Matisse’ (Tribute to Matisse), one of the most important paintings by Zao Wou-Ki. Referring to Matisse’s painting ‘Porte-fenêtre à Collioure’ (French window in Collioure) (1914), it was until now kept in the artist’s studio. When Zao Wou-Ki’s palette never places much emphasis on the non-color black, often limited to signs or hastily brushed traces, here black is broadly spread, vertically, right in the middle, laterally accompanied by blue and pink with on the right a pale blue-grey stripe. Even if this association of colors is different from the one displayed on ‘Porte-fenêtre à Collioure’, it however appears in the ‘Danse de Paris’ (Paris Dance) kept at the Museum of Modern Art. The public will thus be able to see the correspondences between the two works when the Matisse room will re-open in the Fall of 2019 after the completion of the works.

The donation also includes a large ink dated 2006, presented during Zao Wou-Ki’s exhibition ‘L’Espace est Silence’. At the beginning of the 70’s, Henri Michaux encouraged Zao Wou-Ki to get back to ink and to the techniques the artist had abandoned when turning to the Western technique of oil painting. With this ink, Zao Wou-Ki re-appropriates the typical horizontality of Chinese scroll-painting.

As a continuation of the donation granted to the Musée Cernuschi (2016), Françoise Marquet-Zao also offered seven porcelain vases – each one a unique creation – one of them has been reproduced in a limited edition by the Amis du Musée d’Art Moderne (The Friends of the Museum of Modern Art). This donation constitutes an exceptional group of works gathering within two city collections the essential part of the creation on porcelain by Zao Wou-Ki. The vases have been manufactured in 2006 by the Bernardaud manufactory. By painting with Chinese brushes, the artist thus expresses his re-appropriation of the traditional materials and techniques and the spirit of permanent invention that guided him. 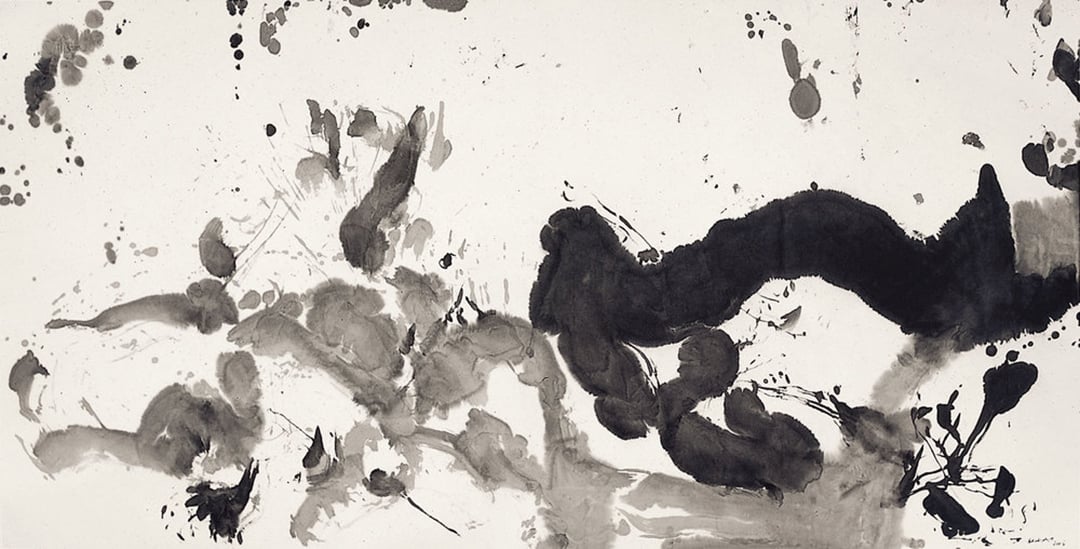